s you can see from the above picture, we were all set and ready to go work on the trail. However, it had been snowing since the previous night and in that condition, it was not convenient to go. The IUP group were not so impressed by the weather. For them, it was just another day of snow which they are already used to up in the north. But for us Floridians, just a tiny glimpse of snow would make us go crazy and excited. After having breakfast, we took this opportunity to hang out outside for a while and enjoy this experience. Jules got a little creative and made a tiny snowman!

Later, the IUP students joined us and we went for a walk through the surrounding woods around Ozone Lake and to the nearby open field. I wish I had my soccer ball with me. 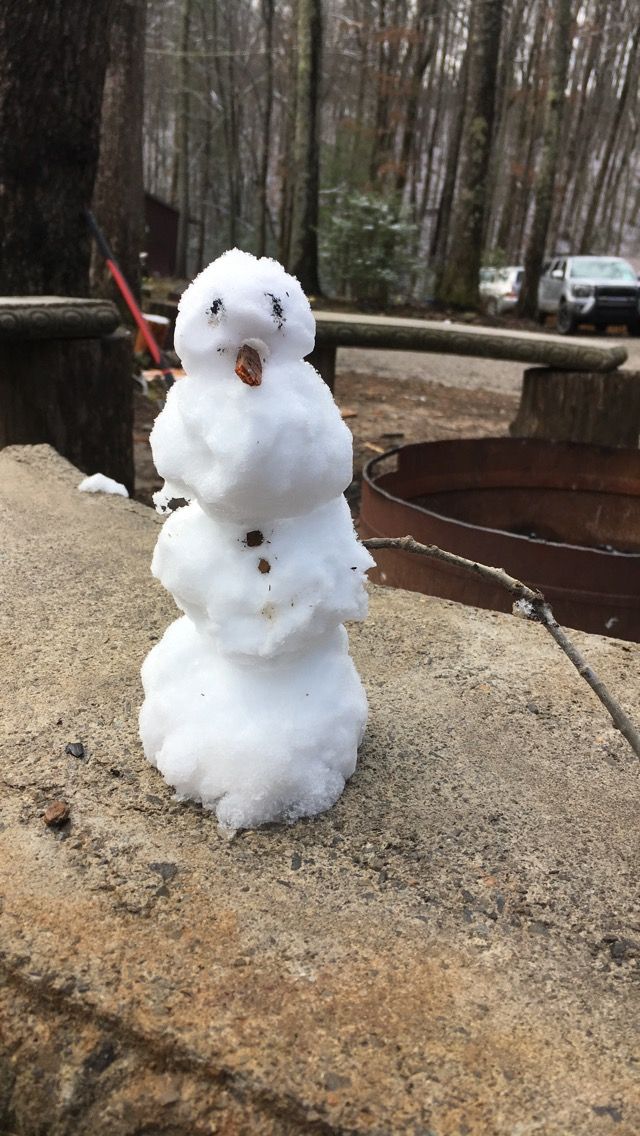 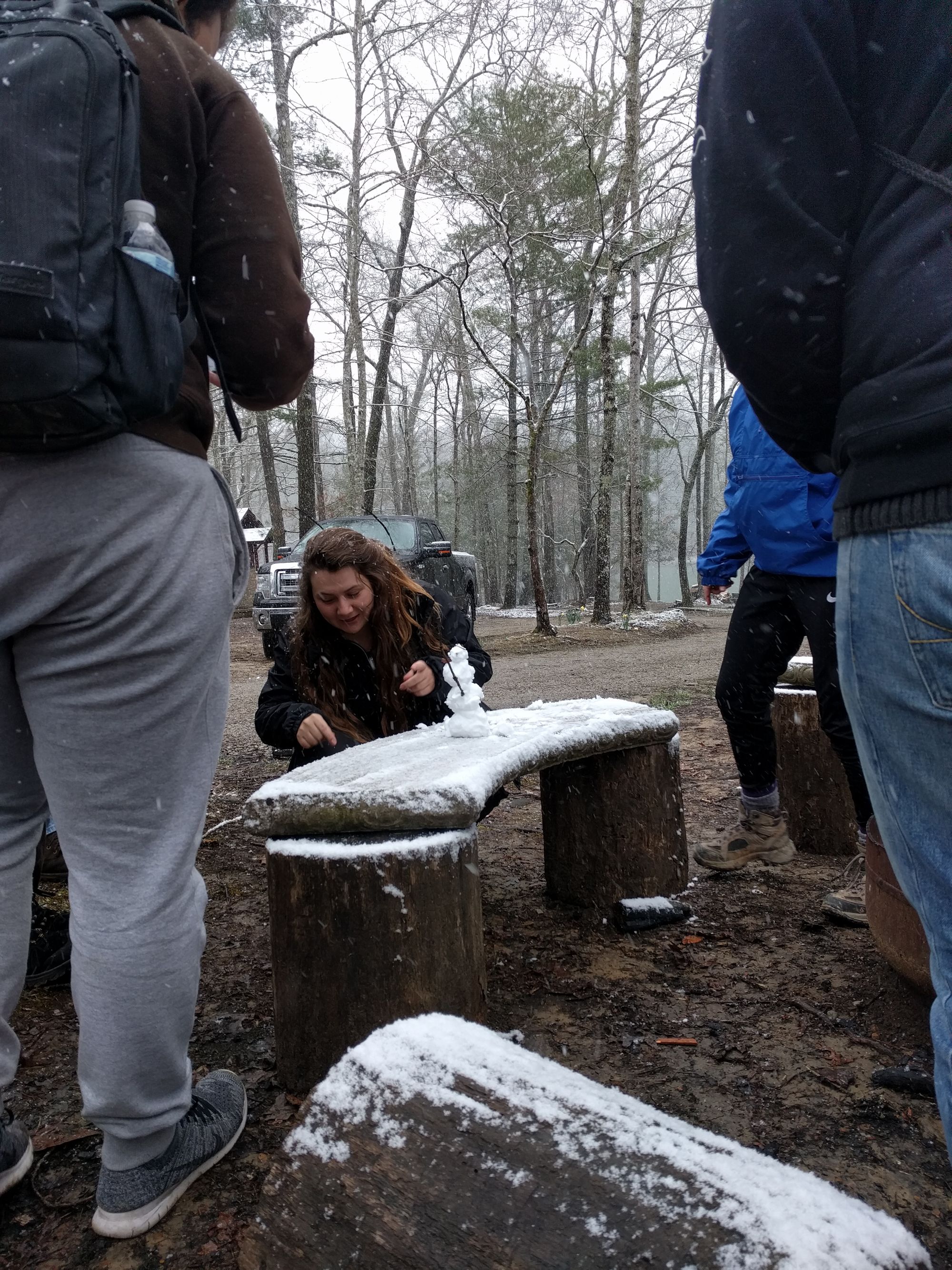 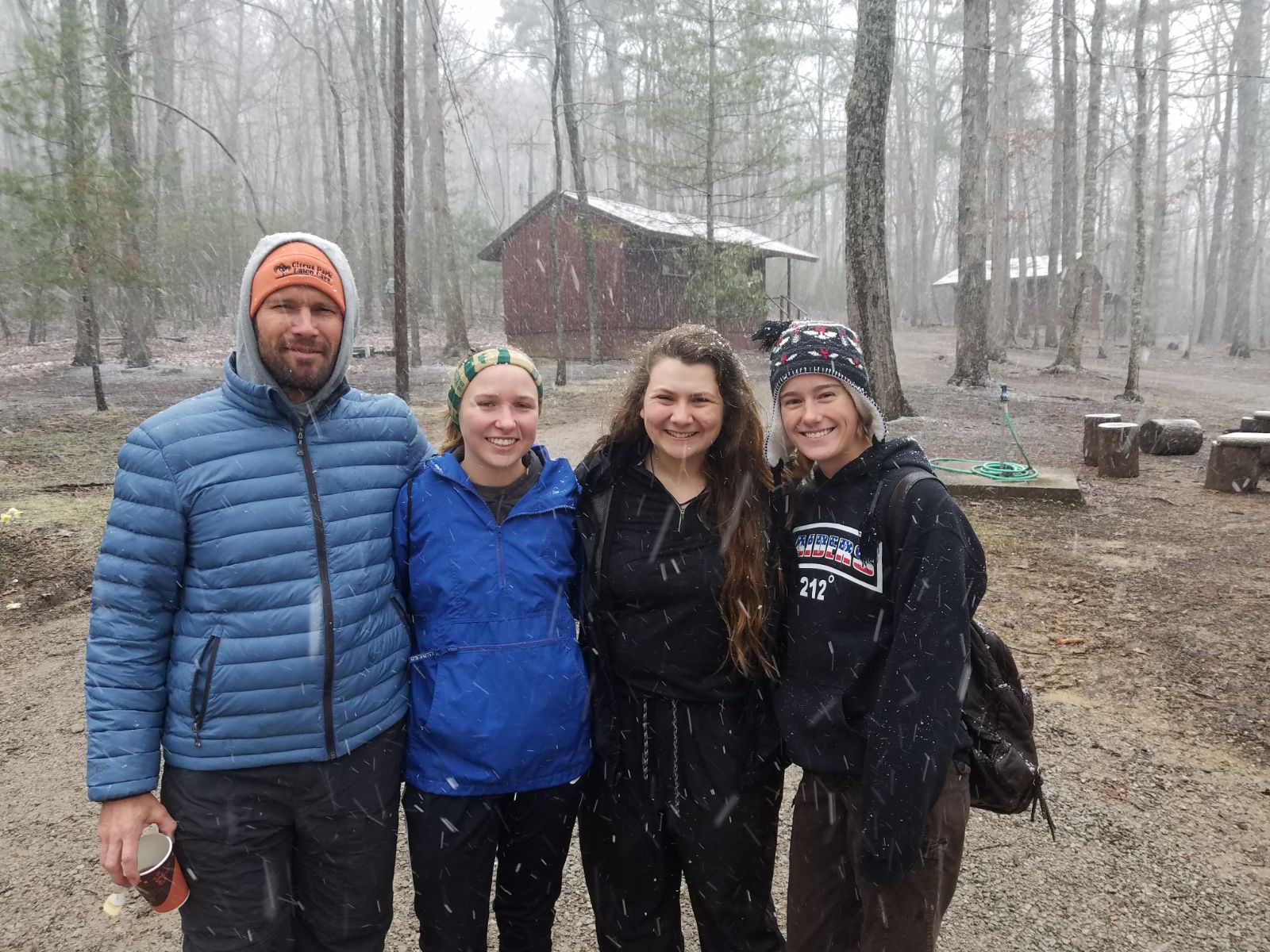 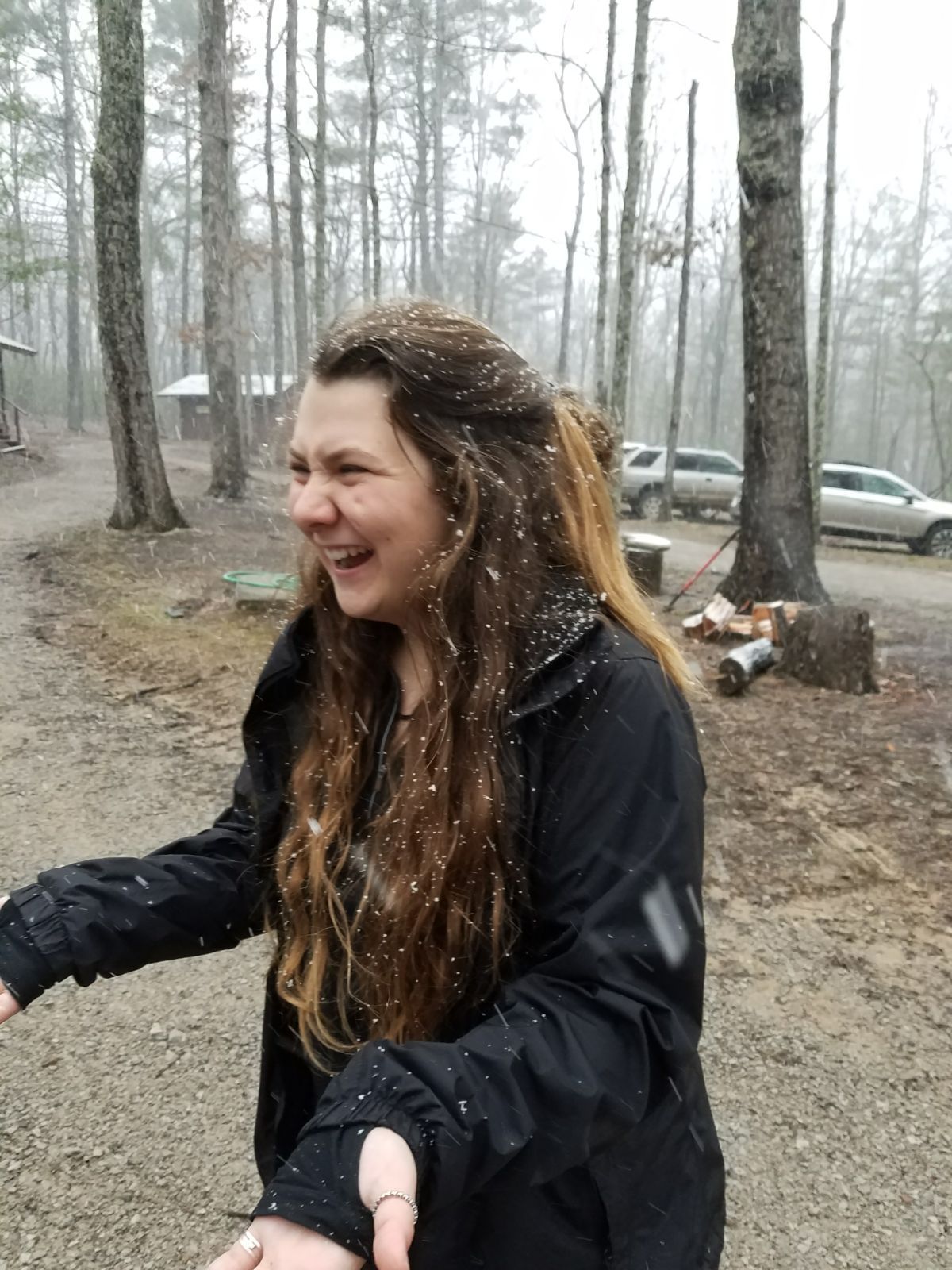 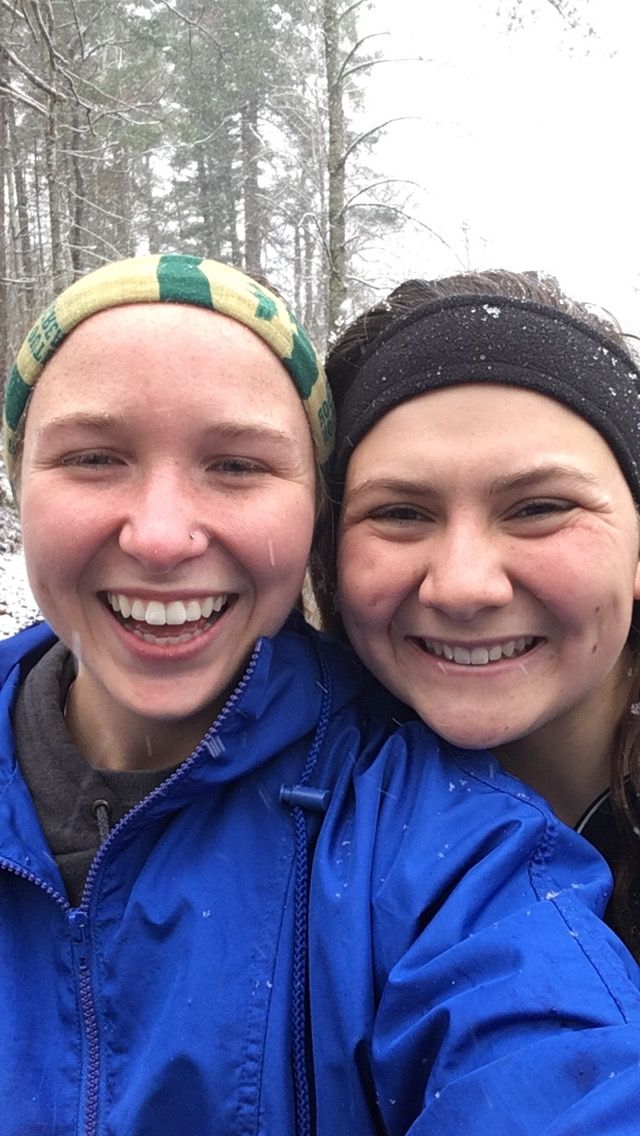 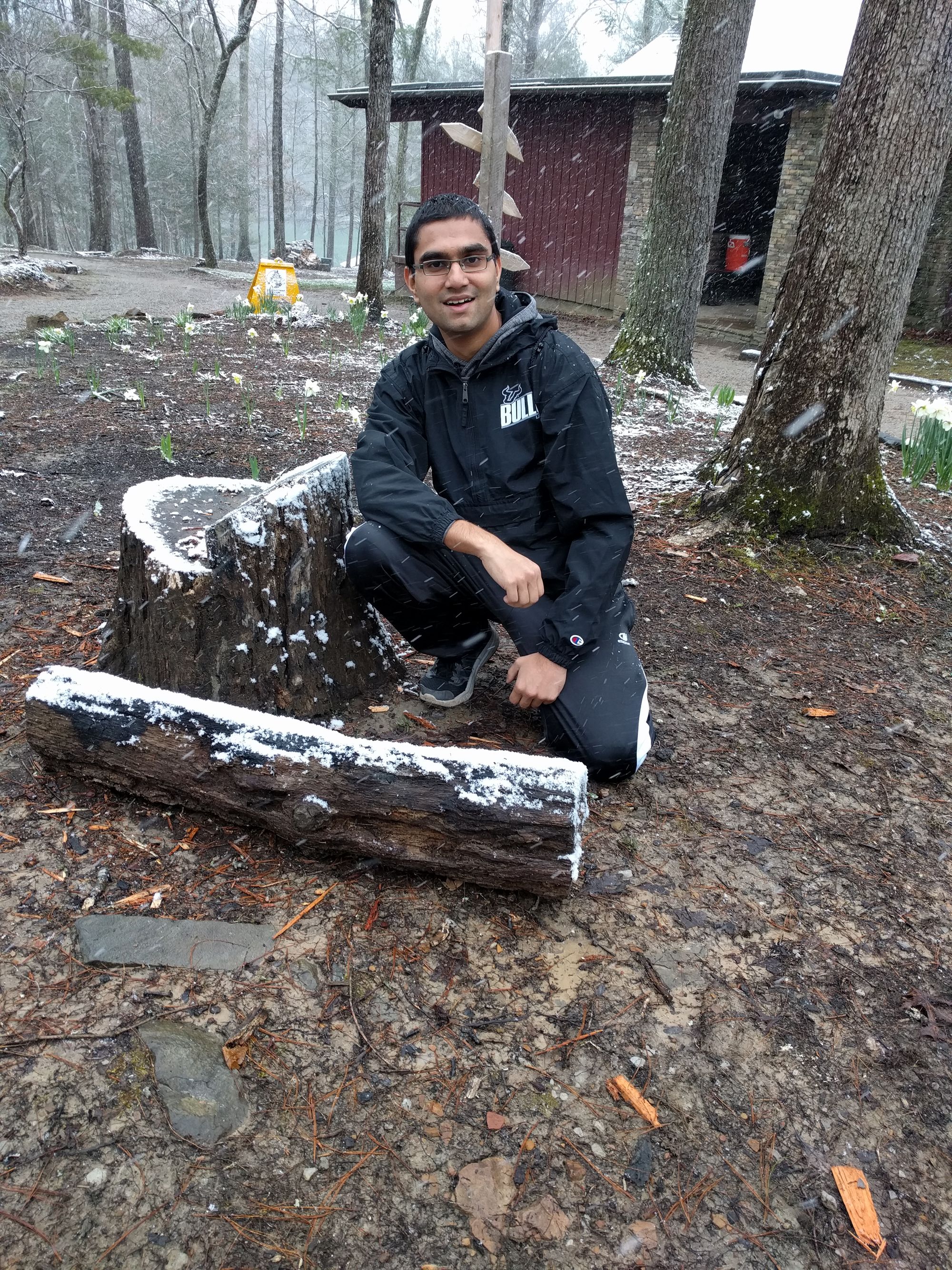 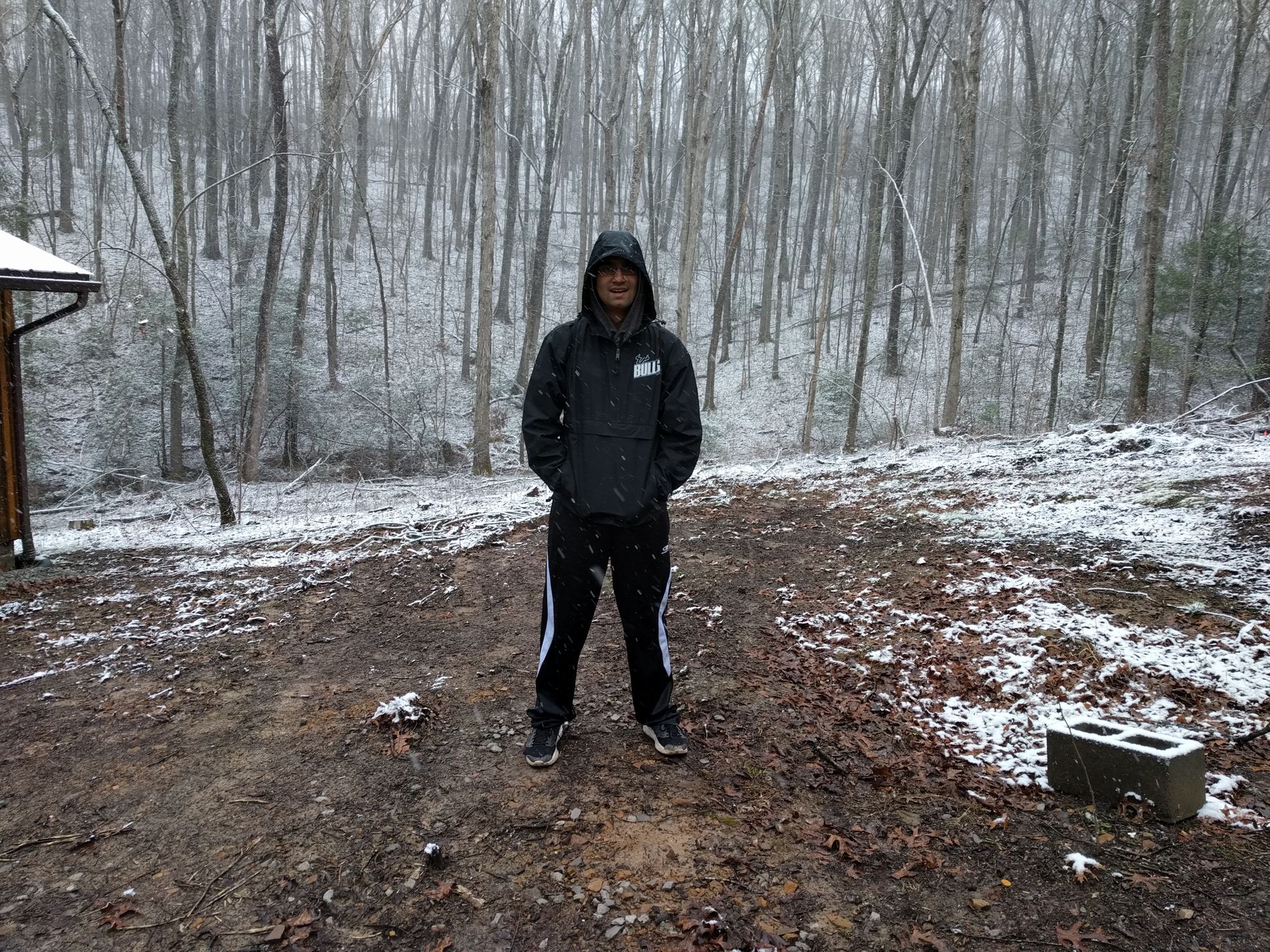 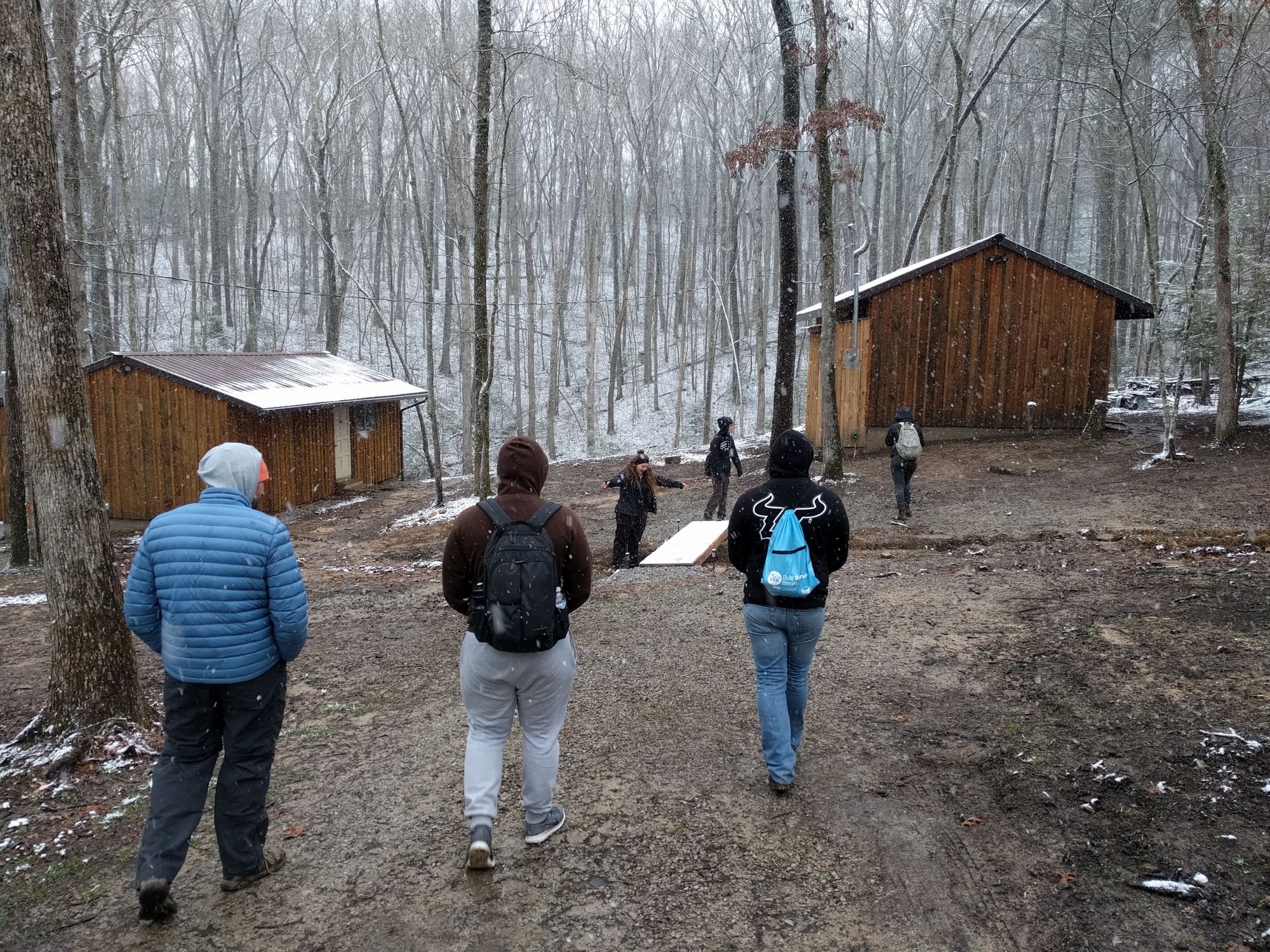 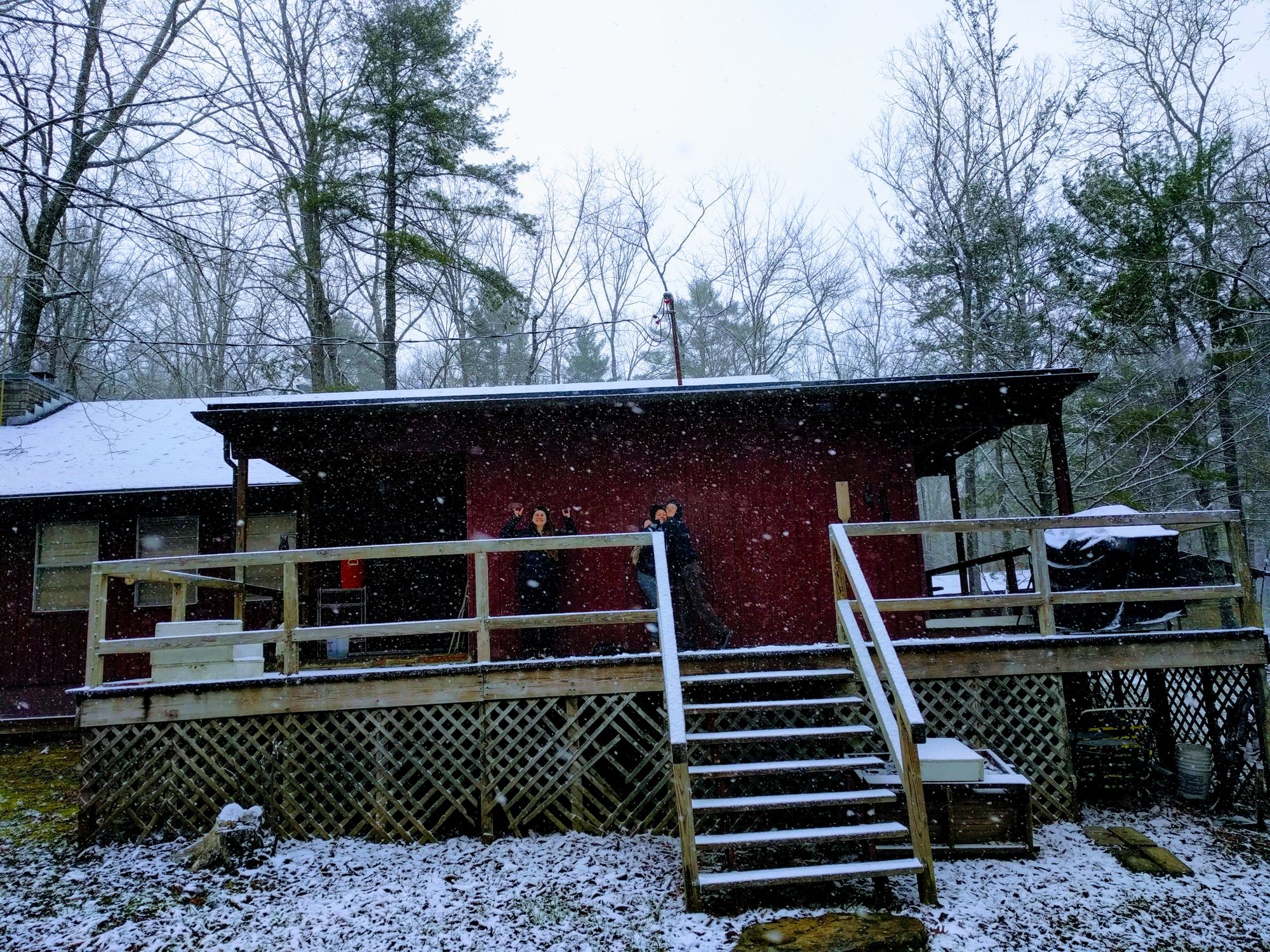 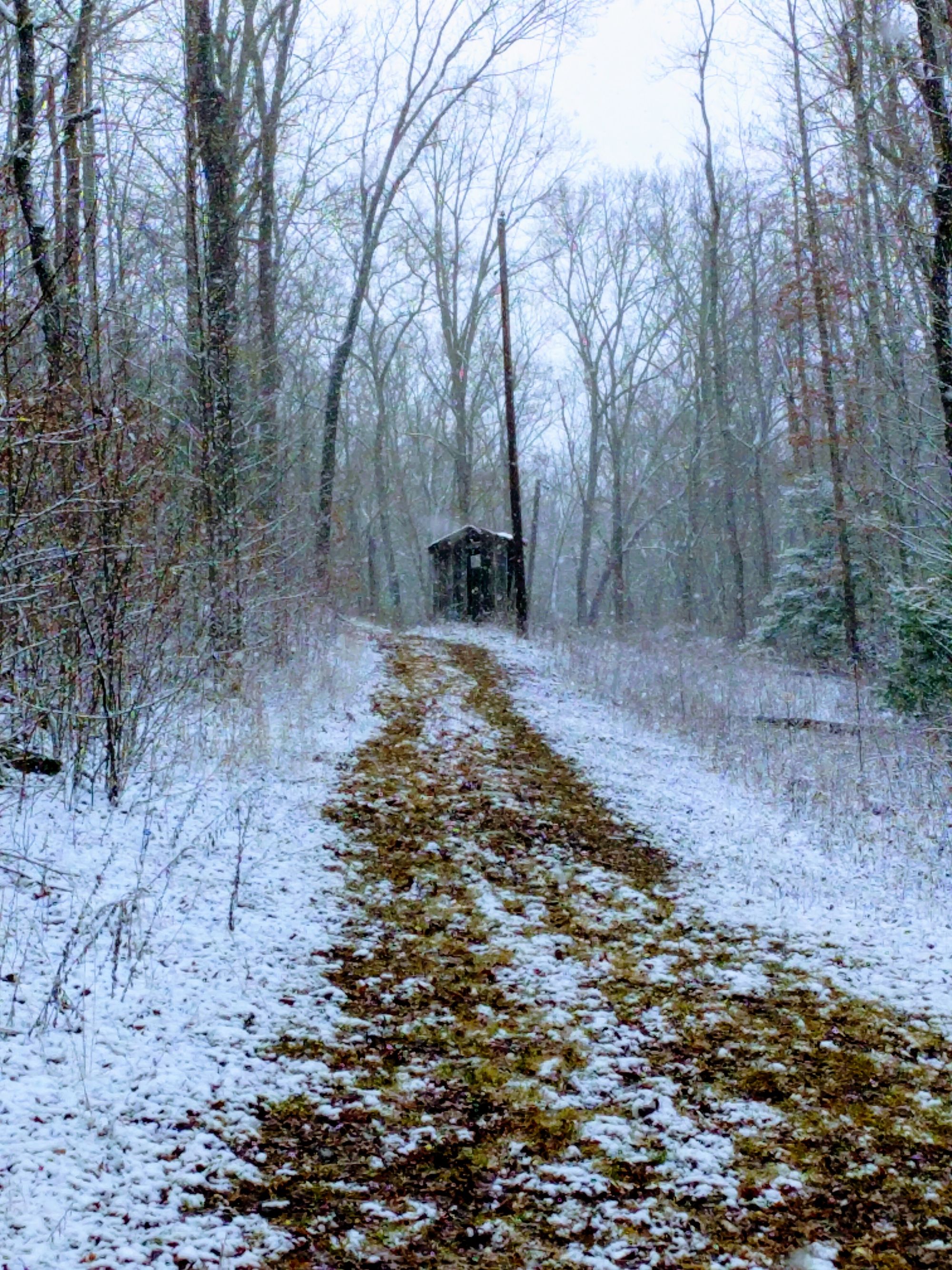 Since we were not going to work on the trail so soon, John gave us a presentation of his five month trek hiking the entire Appalachian Trail which is around 2,200 miles (3,500 km) long. Each year, thousands of hikers attempt a thru-hike but only about one in four makes it all the way. John did it to raise funds for the Cumberland Children’s Center — House of Hope. If you are into hiking, he is a resourceful person for guidance.

John is also an active volunteer for the CTC although he is not a staff. What I like about him is his passion and dedication for volunteering, simply for the joy of it. I met him the first time when I volunteered at Fort Bluff Camp last year. He is an inspiration to all of us. 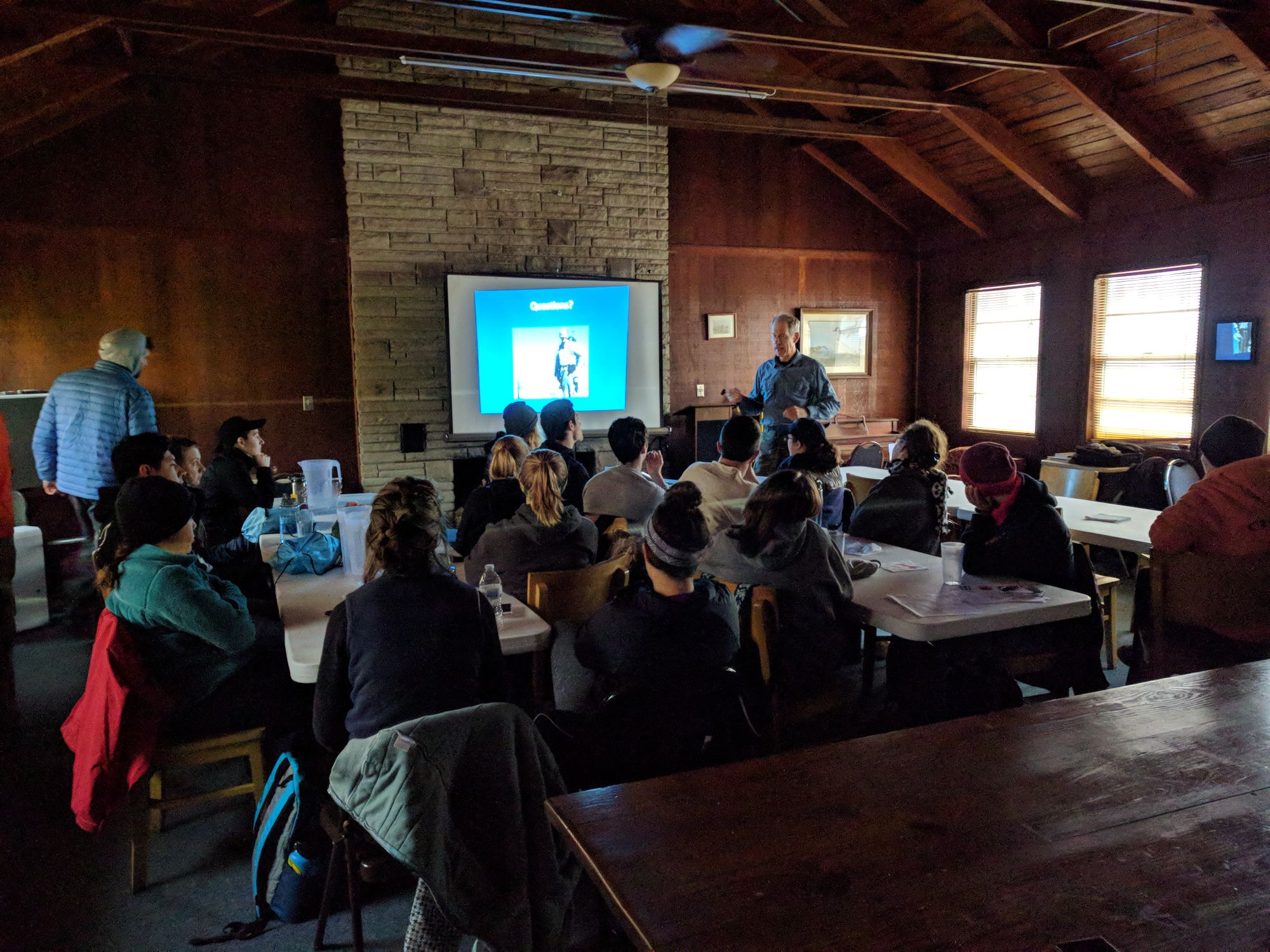 After the presentation was over, the weather seemed to have improved and that meant we could finally start the task for which we came here. A couple of CTC staffs arrived at the camp. I met Danny, one of the CTC staff whom I worked with last year. The trail was a fifteen minutes drive from the camp.

Building a sustainable trail requires a little bit of expertise such as measuring the slope to 45 degrees so that water can be easily drained when it's raining. According to the CTC, sustainability basically means that the trail is built to withstand the destructive forces of water and user traffic with a minimum of maintenance. The first day was a bit rough since we were still getting used to working with the various tools. Not to mention the removal of duff, roots and rocks was always a 'delight'. Being a past participant, even I was having a hard time. 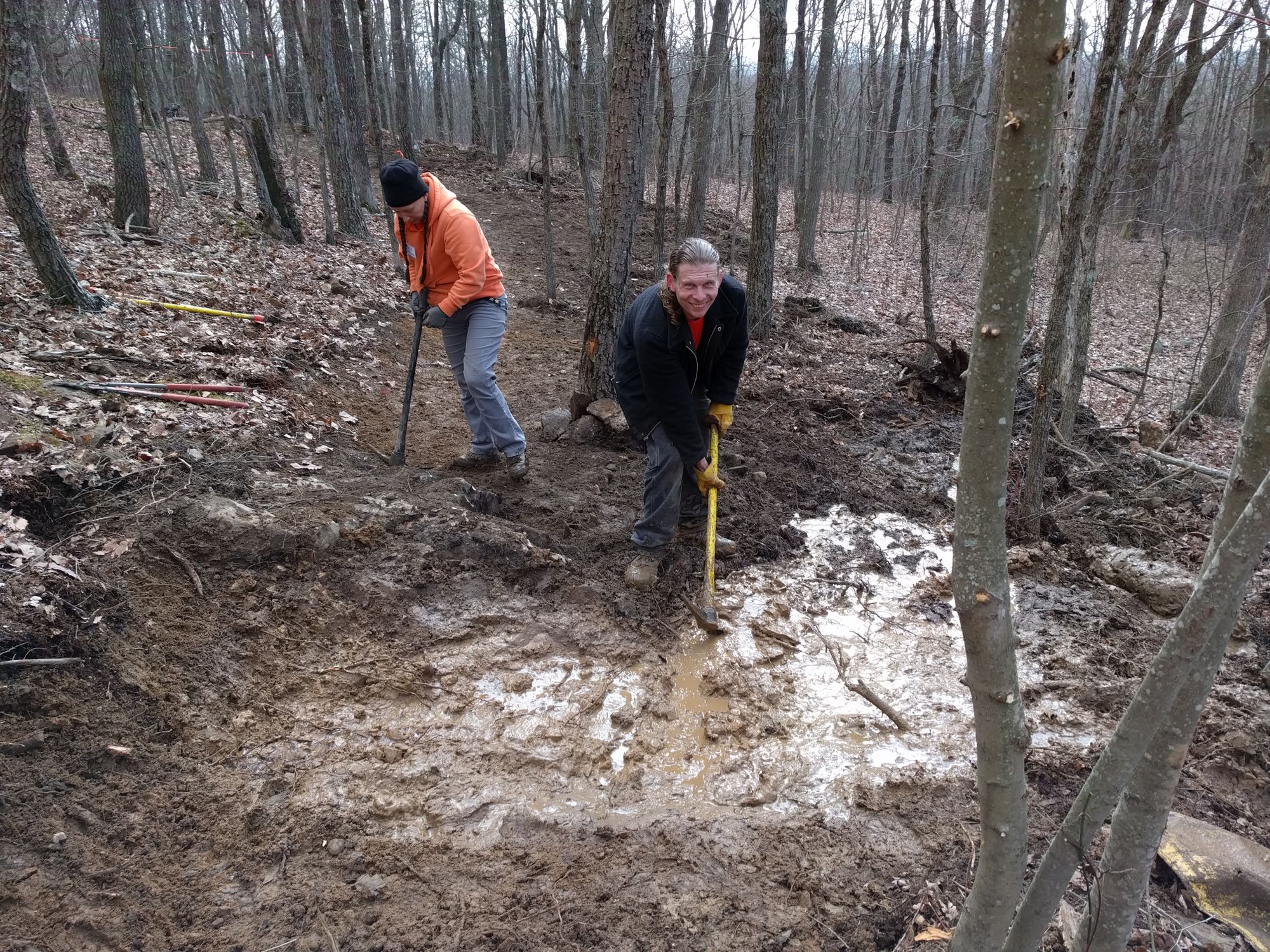 At night, we played a few games after dinner and then we sat around the camp fire. It was snowing but at this point, we were not bothered about getting cold. Plus, it was pretty warm and relaxing sitting close to the fire, except for the occasional smoke that blew on our eyes. This was the perfect time to tell scary stories but some of us were too scared! 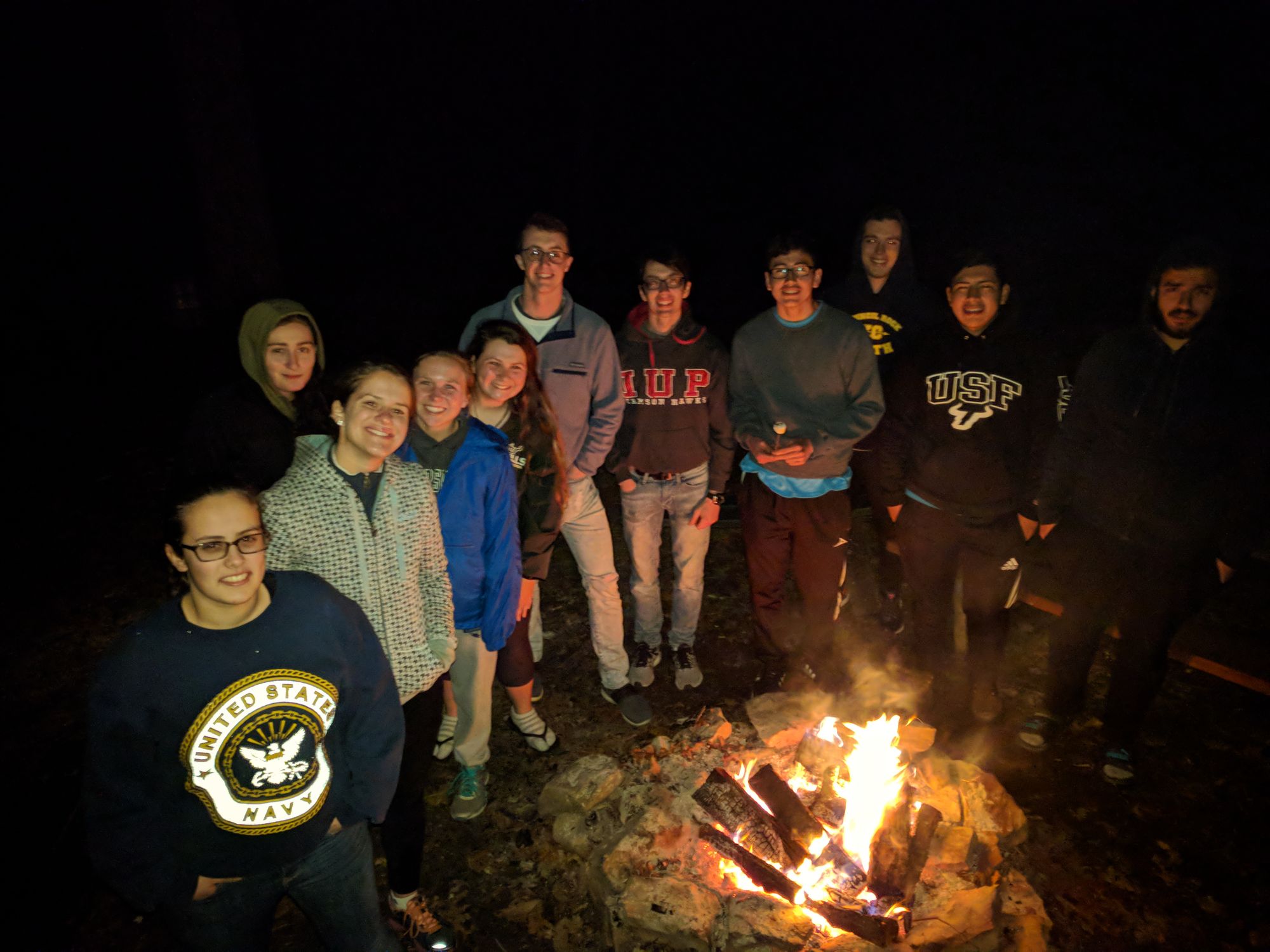 This post is full of pictures. If you have never been on a trail blazing adventure before, get ready to be amazed by nature.…

TREES What they exhale, we inhale. We may live bereft of friendship, but our lives are laced in this relationship. – Sadhguru W e were already halfway through the semester and the last few weeks had been quite hectic with the…